While there are many reasons for people to move, the most common one is for better economic opportunities. This list ranks the 10 freest states in America that offer a high standard of living with an escape from mass formation psychosis. 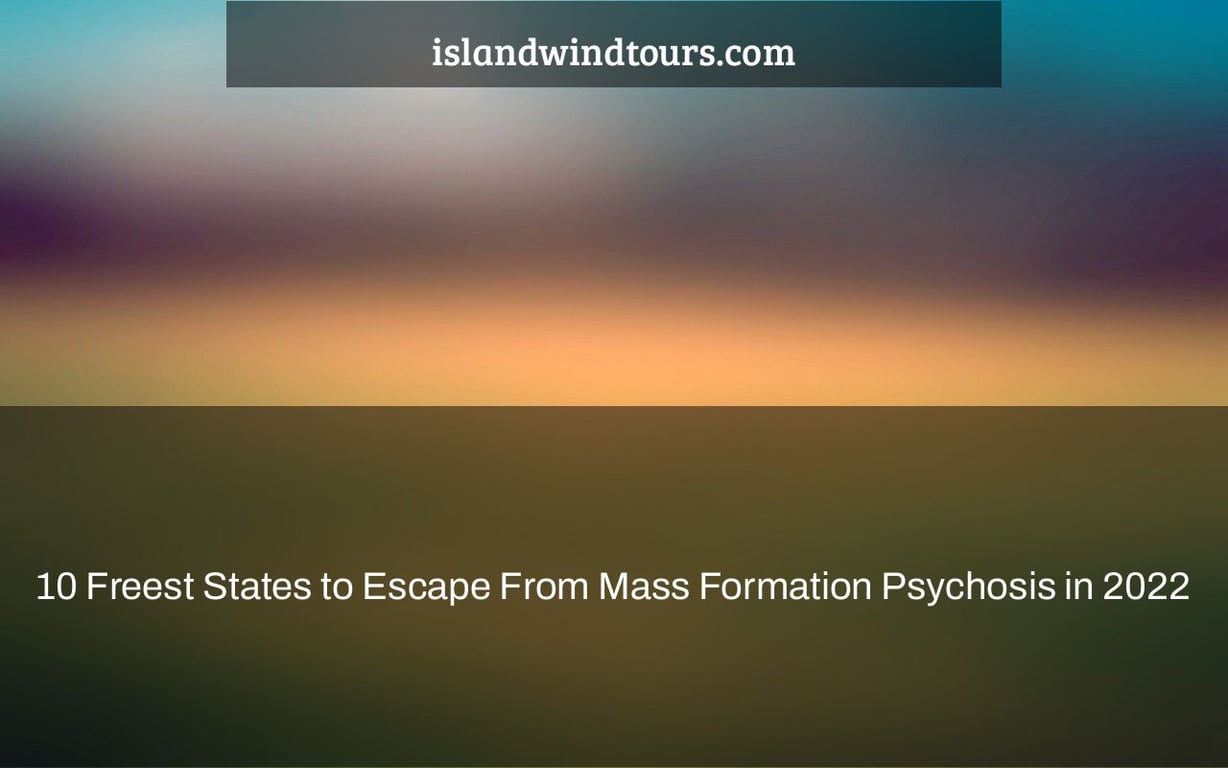 The freest states, without a doubt, suffer from the least degree of mass formation insanity. As a result, by 2022, many Americans will be flocking to these libertarian havens to vacation or migrate completely.

We are living in tumultuous and perplexing times. Thousands of individuals are yearning for normality and optimism in whatever manner they can, even if it is just for a short time.

Despite the fact that many individuals are ‘awake,’ a sizable portion of the population remains mesmerized. This lethargic group of people is living in a condition of mass formation psychosis, unable to perceive the deceit, propaganda, and falsehoods that are being imposed onto them on a daily basis. 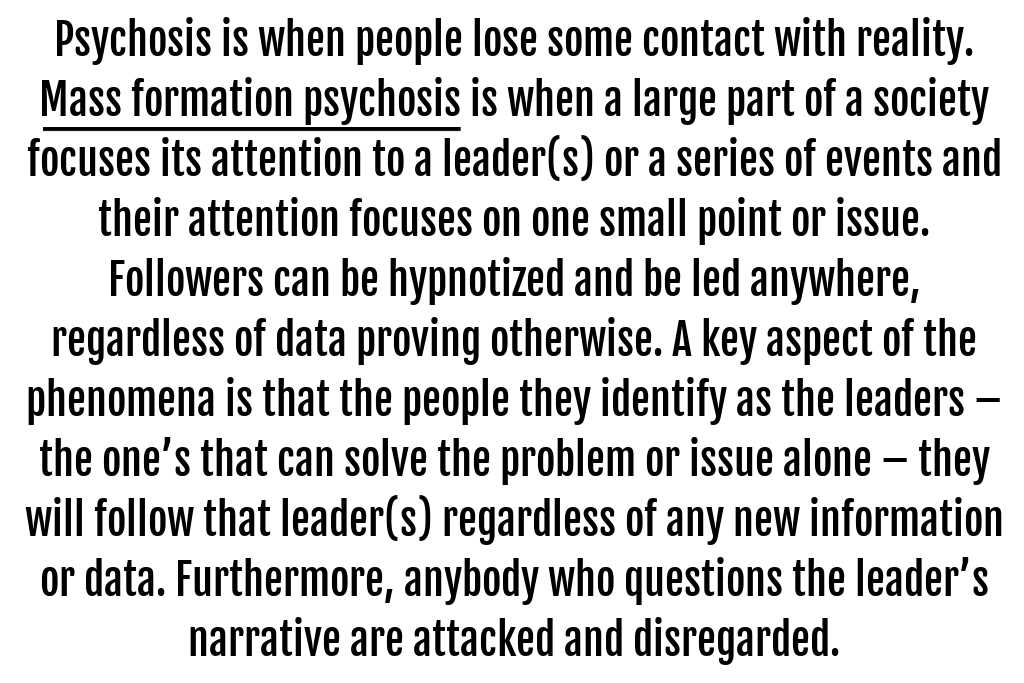 In fact, it seems that this enthralled segment of society not only ignores the propaganda attempts, but but doubles down on blindly obeying their irrational and hypocritical “thought leaders.” Here is a list of issues that many hypnotized people believe to be true:

Every one of the following claims has been found to be false or misleading. Regardless of how many falsehoods the mainstream media spreads or how many times the narrative shifts, its mesmerized followers have lost the capacity to think or explore alternate points of view in order to break free from the collective narrative.

It’s also worth highlighting that there’s a strong link between those who dislike Donald Trump and those who blindly believe the mainstream COVID narrative. The powers-that-be seem to have successfully channeled these people’s rage from Trump Derangement Syndrome (TDS) to COVID, basically conducting the ultimate switcheroo. Ironically, the same folks who are promoting the experimental “Trump Vaccine” as if it were produced by God himself are also promoting Trump Haters.

If someone disputes the aforementioned ridiculous requirements or assertions, the entranced, brainwashed, and indoctrinated quickly condemn them and finally silence them, Nazi-style.

Telling a joke about Hitler, for example, was deemed treasonous. Anyone who questions Fauci is now being pursued. Furthermore, physicians who disagree with the mainstream media, government, academics, or even Hollywood’s stance on COVID patients are sacked and barred from practicing medicine.

Workers who refuse to comply with vaccination regulations are now eligible for unemployment benefits in five states. Currently, Arkansas, Florida, Iowa, Kansas, and Tennessee are among them. Missouri, Wisconsin, and Wyoming are all considering similar legislation. Any state that offers this choice is almost certainly one of the most liberated in the country.

The Illinois Holocaust Museum has stated that all visitors above the age of four would be required to have “vaccine” passports (“Papers, please.”) Isn’t that what irony is all about? 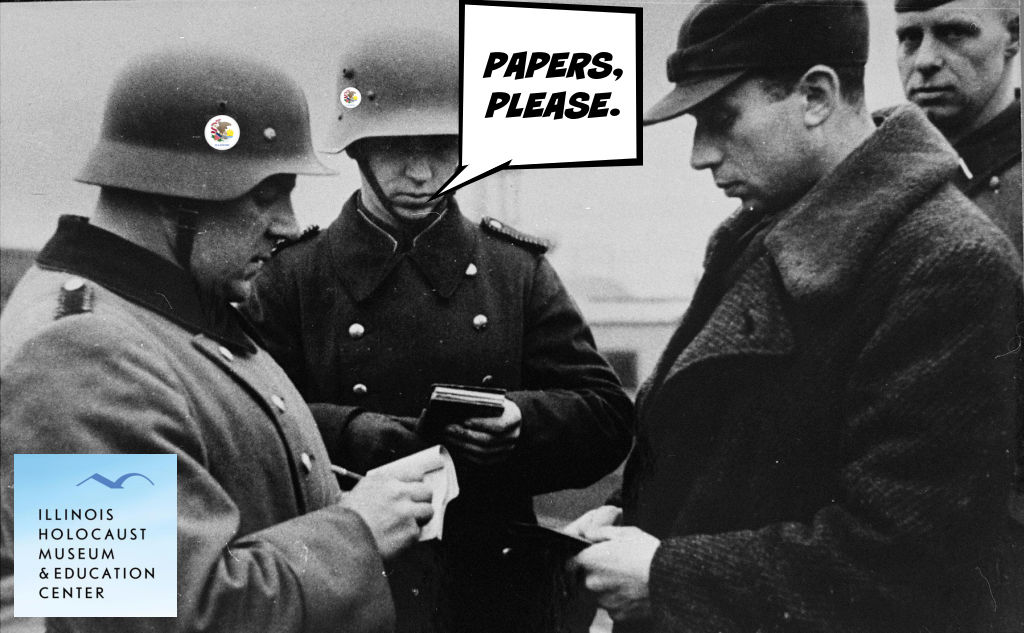 Only the most captivated are oblivious to the hypocrisy unfolding right before their eyes, much alone the unethical, immoral, and demonic components of these policies. They’re probably annoyed that the four and under group isn’t being invited to present their work as well.

It’s easy to understand why people are escaping the mass formation madness to the country’s ten freest states. After all, Americans cherish their intrinsic right to freedom, which was bestowed by God.

The federal government was purposefully structured to expand massively throughout the Clinton, Bush, and Obama administrations, ballooning to what it was previous to Trump’s term. One of Trump’s primary aims while in office was to restore authority to the states, as specified in the Articles of Confederation and the Constitution. 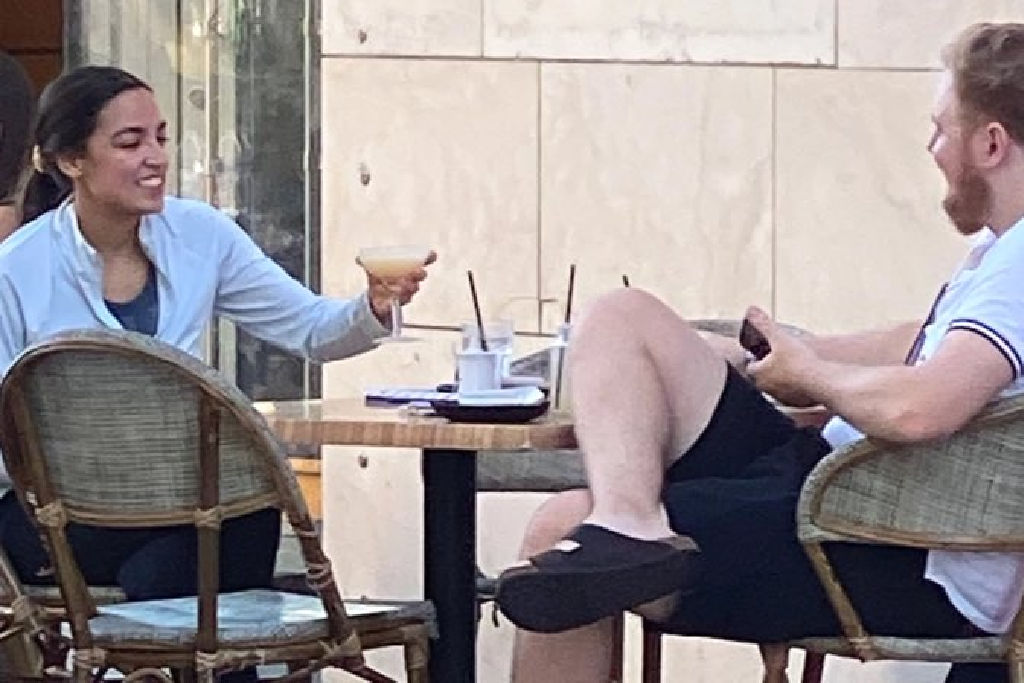 From the local level up, tyrannical measures have been taken.

Americans are abandoning blue areas mostly due to corruption and authoritarianism. Smart Americans are tired of living under the contemporary liberal’s ethos, a totalitarian government, whether it’s in schools with critical race theory, unlawful vaccination requirements, or dishonest state and municipal governments backed by the likes of George Soros and others.

We can determine the reality of this remark now that most states have opened up. North Dakota, South Dakota, Nebraska, Iowa, Utah, Arkansas, and Wyoming are the seven states in the United States that did not choose for lockdown. 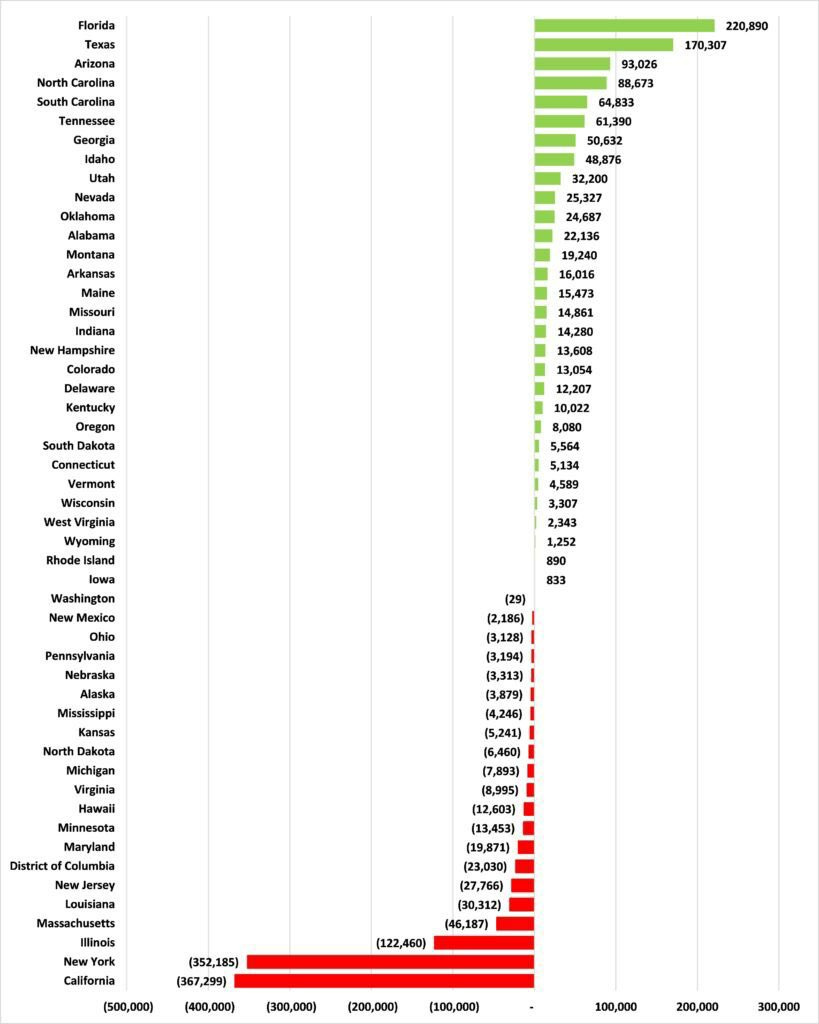 Our plan for 2022 is to leave Illinois, where we were born and raised. We’ll take a road trip to the 10 states listed below and choose one to stay in. In no particular order, these are the ten most free nations for escaping mass formation madness and other contemporary liberal policies.

1. The state of Florida 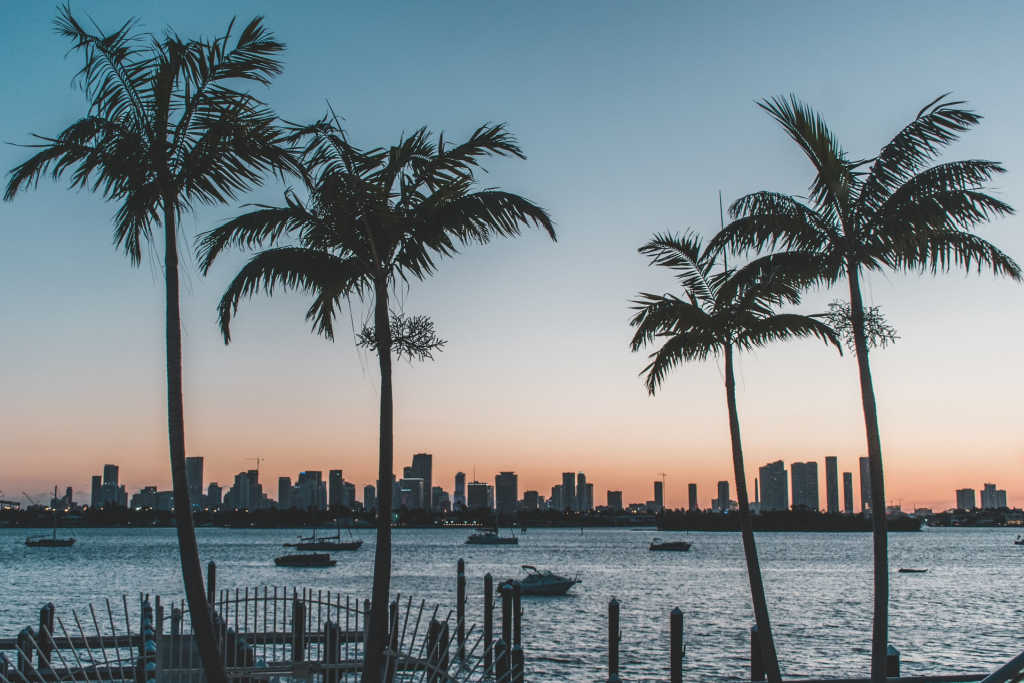 With Gov. Ron Desantis at the helm, one of the most outspoken opponents of the deep state and big government/tech/pharma, there may not be a more libertarian location to live in the world right now. Desantis seems to be doing all he can to make Florida one of the freest states in the country. He recently suggested the “Freedom First Budget” for the fiscal year 2022-2023. The warm weather, sandy beaches, and motorhome-friendly surroundings make it a perfect alternative for anybody wishing to get away from the chilly winters.

The average home costs $297,390. Property Taxes on Average: $2,674 Rates of state and average local sales taxes: 7.08 percent 4.5 percent unemployment rate Percent 42 percent of people aren’t “vaccinated.” No, it is not constitutional to carry a firearm. 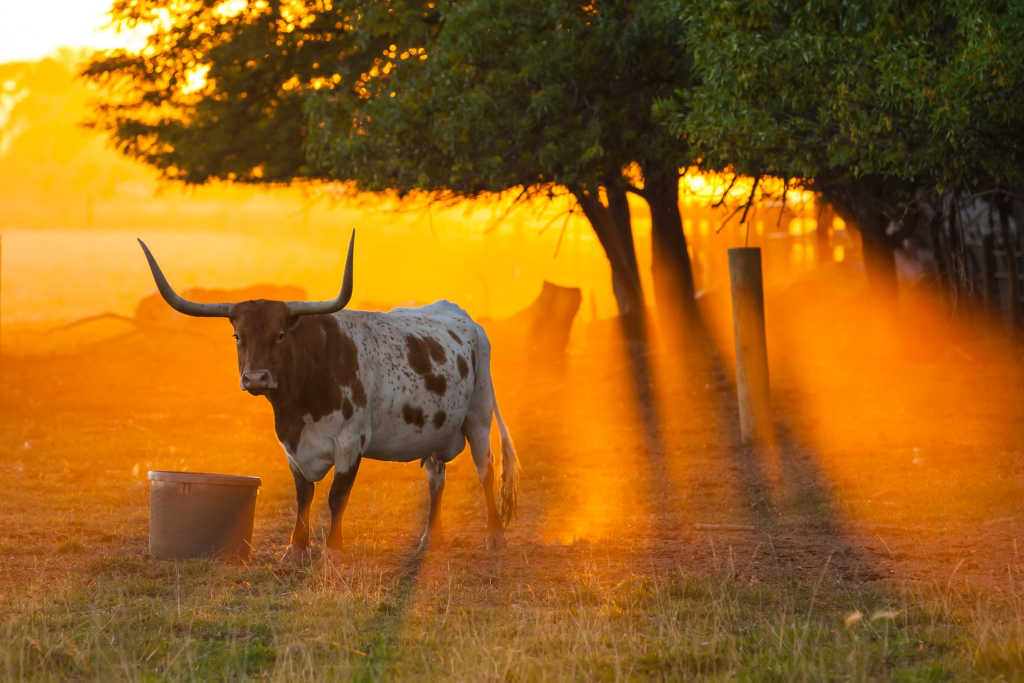 Gov. Abbott signed the “Freedom to Worship Act” in June 2021, making Texas illegal for any public official or government entity to close houses of worship. Abbott also signed House Bill 20 in September 2021, which prevents Texans from improper censorship on social media sites. When you combine these newly enacted laws with Abbott’s recent announcement that the state would continue to build the border wall, it’s clear that Texas is committed to preserving its inhabitants’ futures and is one of the freest states in the country.

3. The state of Montana 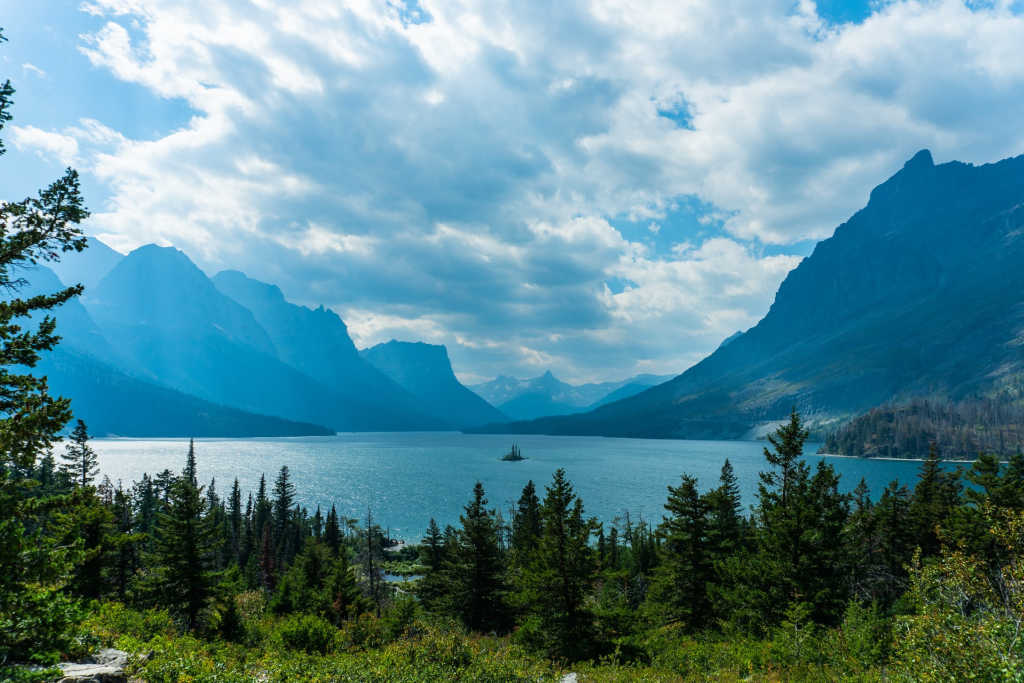 “Montana is a haven for freedom and the free market,” Gov. Greg Gianforte recently proclaimed. Furthermore, it’s clear secret that Gianforte isn’t a supporter of mask requirements or discrimination, which is why the totalitarian concept of vaccination passports was scrapped as well. Finally, he has made same-day voter registration illegal and mandated the need of a picture ID to vote. In other words, he’ll make it incredibly impossible for future elections to be rigged. However, he describes the “vaccine” as safe and effective, and he has invested nearly $800,000 in Pfizer, indicating ineptitude, ignorance, greed, and/or corruption.

$359,678 is the average price of a home. Property Taxes on Average: $3,104 State and Average Local Sales Tax Rates: 0.00% The unemployment rate is 2.8 percent. Un-“vaccinated” people make up 50% of the population. Yes, Constitutional Carry is legal. 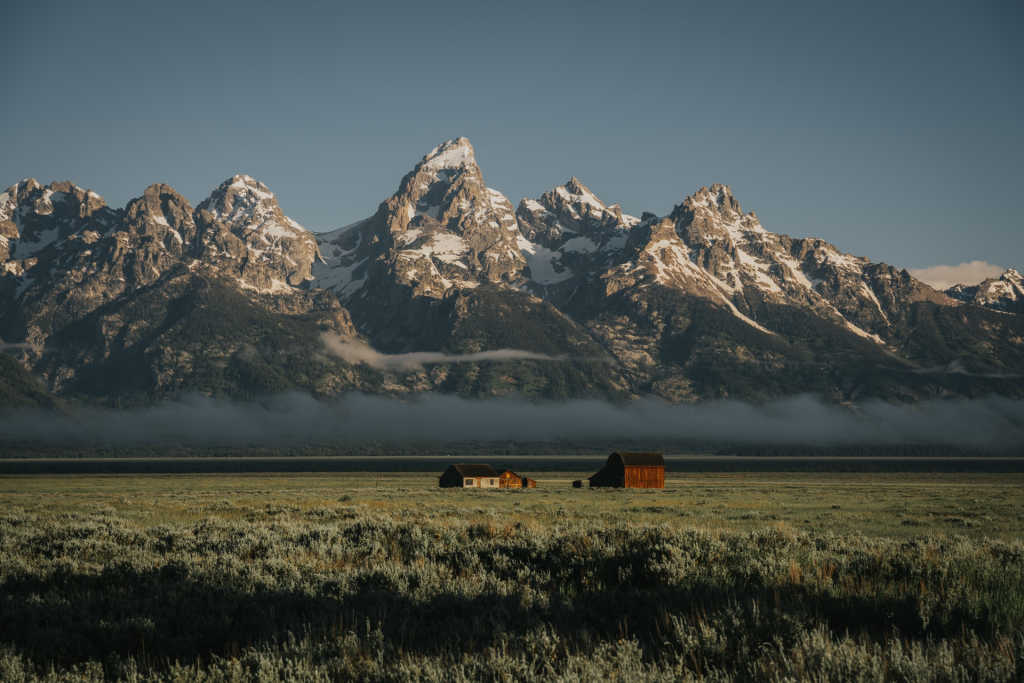 $273,992 is the average price of a home. Property Taxes on Average: $1,670 Rates of State and Local Sales Taxes: 5.33 percent The unemployment rate is now at 3.7 percent. 57 percent of people aren’t “vaccinated.” Yes, Constitutional Carry is legal. 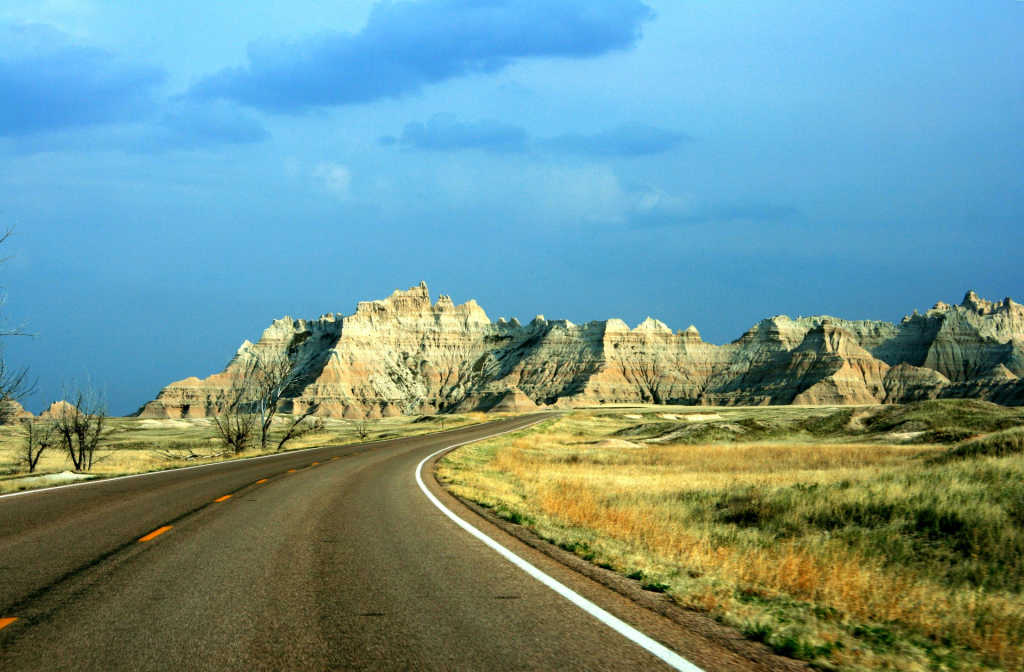 Gov. Kristi Noem proposed a bill in December 2021 that might prevent critical race theory (CRT) from being taught in South Dakota schools, public institutions, and technical colleges. CRT promotes and “teaches a misleading and divisive narrative,” as Noem accurately said. While Noem opposes all forms of governmental overreach, her small government attitude may be irritating at times when it isn’t applied in practical situations. She vetoed a law that would have prohibited transgender women from participating in high school athletics, for example. 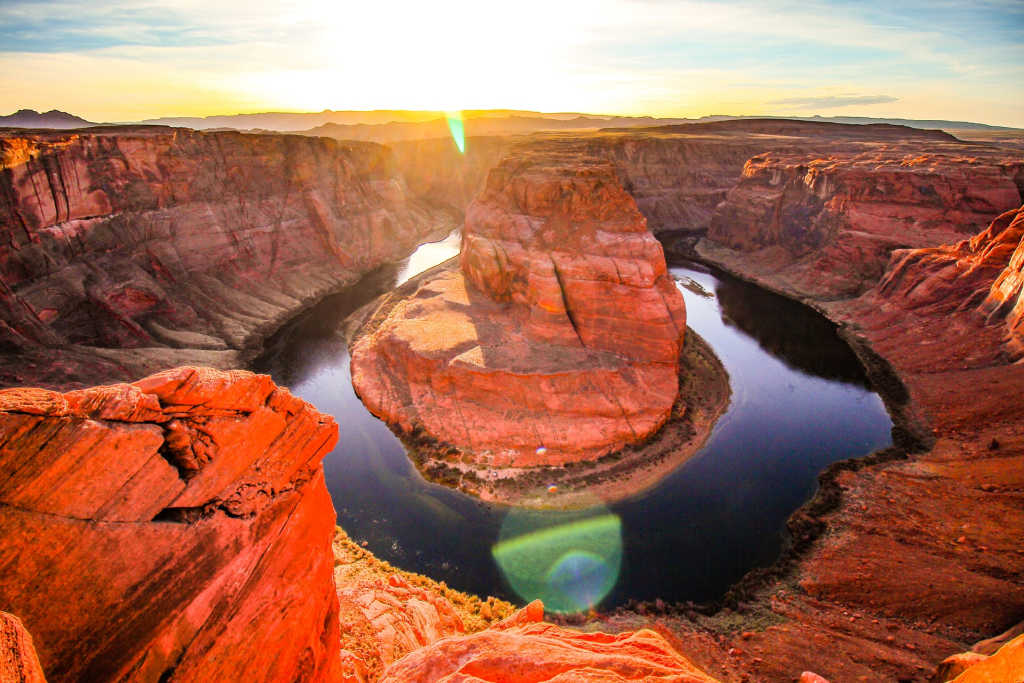 Arizona lawmakers presented HB 2029 in December 2021, which would ban employers from dismissing workers who refuse the COVID “vaccination.” The bill’s purpose is to make it illegal for businesses to discriminate against workers based on their “vaccination” status.

The measure also prohibits the state from collaborating with companies that require workers to be “vaccinated” or have a “vaccine” passport. Furthermore, Arizona Gov. Doug Ducey has said that he does not feel it is the government’s responsibility to impose vaccination or mask regulations. 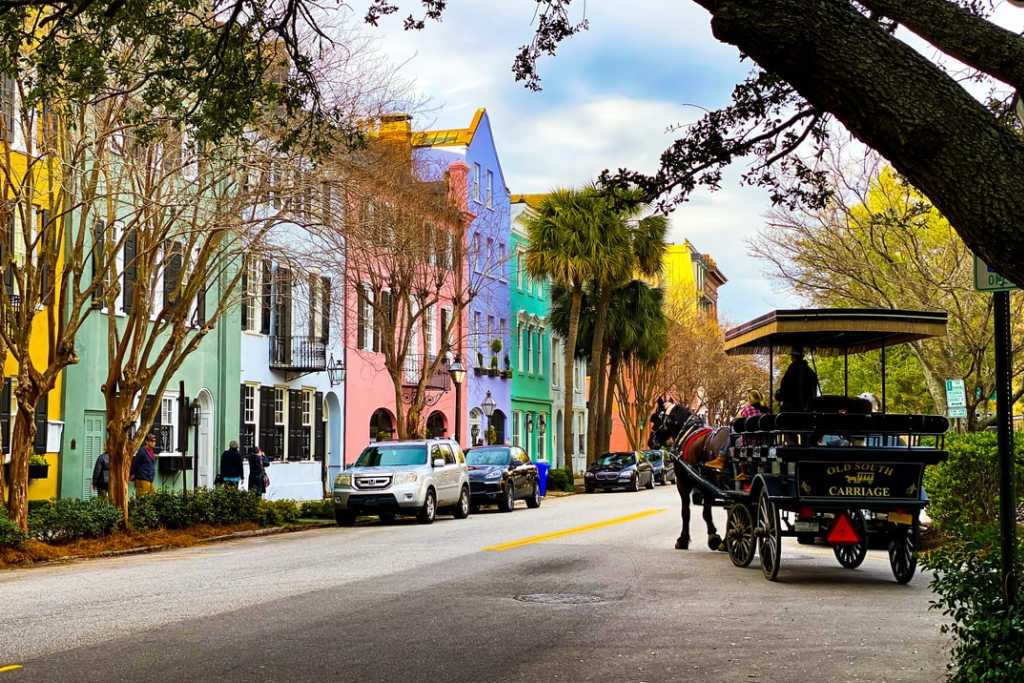 We have to agree with South Carolina’s attorney general when he calls Biden’s “vaccine” regulations “crap.” Gov. McMaster has requested Molly Spearman, the Superintendent of Education for the South Carolina Department of Education, to look into how the book “Gender Queer: A Memoir” came up on school library shelves. Gov. McMaster also demanded that “obscene and pornographic” material be removed from the state’s libraries, as well as other distressing materials. Maybe these kids should read something along the lines of Johnny the Walrus? 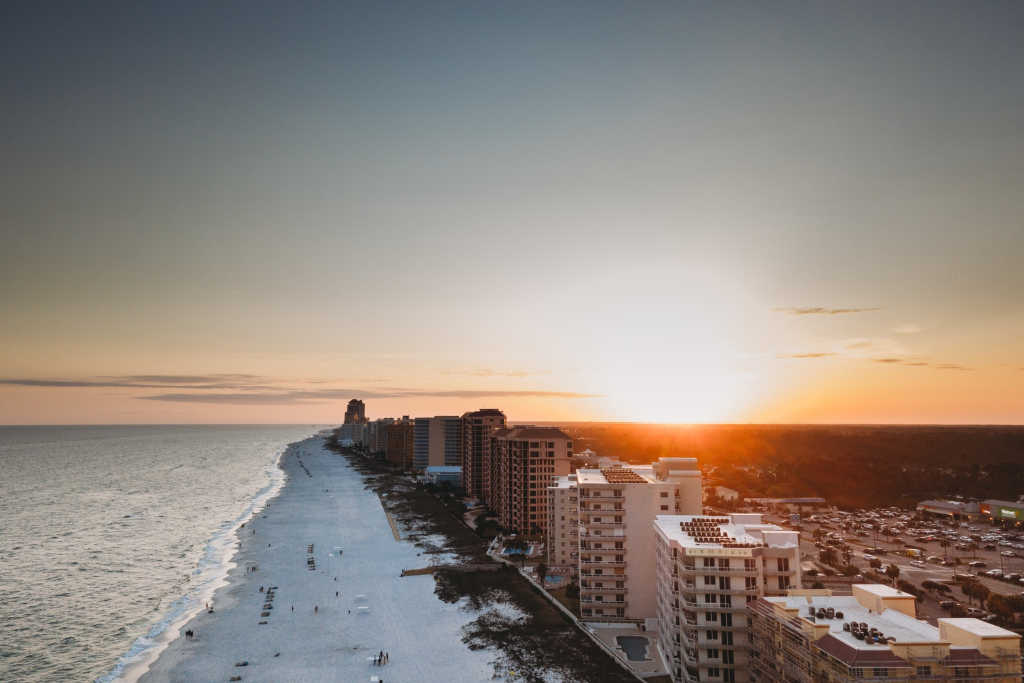 “I’ll call the Biden vaccination mandate nonsense what it is: an un-American, egregious overreach,” says Gov. Kay Ivey. The governor of Alabama professes to be a staunch opponent of vaccination mandates, yet he has openly declared that you can be pro-vaccine and anti-mandate at the same time.

Ivey has said that the state of Alabama will not compel anybody to take a COVID “vaccine” as long as she is governor. She has already previously signed a bill preventing businesses from terminating workers who claim a medical or religious exemption.

Masked faces were few and far between during our visit on Alabama’s Gulf Coast. Employees of large business establishments such as Publix and Burger King were the only ones wearing masks. Other advantages of Alabama include its Gulf Coast beachfront, closeness to Florida, and very inexpensive housing prices. In addition, Alabama is the most pro-life state in the US, and it is statistically one of the most conservative states.

The average home costs $170,184, and the average property tax bill is $732. State and Average Local Sales Tax Rates: 9.22% The unemployment rate is 3.1 percent. Un-“vaccinated” people make about 55% of the population. No, it is not constitutional to carry a firearm. 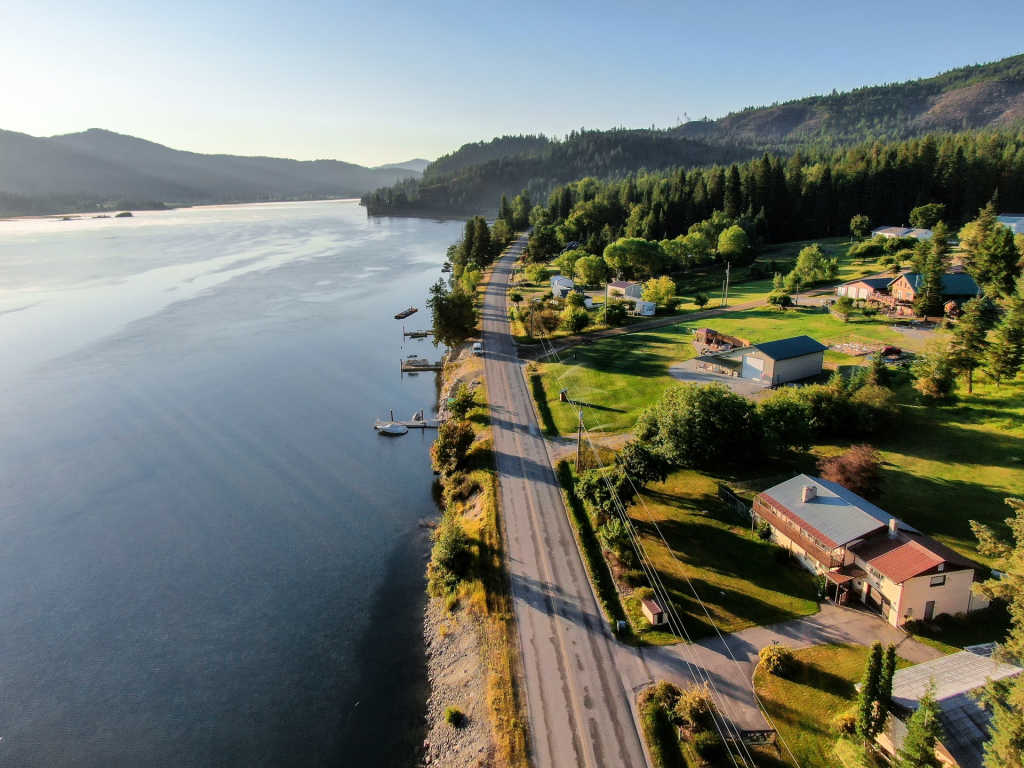 The three federal requirements have been totally stopped in Idaho: (1) the CMS vaccination mandate for healthcare employees, (2) the OSHA vaccine obligation for private businesses, and (3) the government contractor vaccine mandate. Gov. Little also issued an order in April 2021 prohibiting the use of vaccination passports to access facilities or obtain services.

Unfortunately, many Californians, along with their current liberal ideas, have fled to Idaho. Idaho, as a consequence, is not as conservative as many would prefer. Inside public libraries, city halls, and other city facilities, for example, masks are still compulsory. 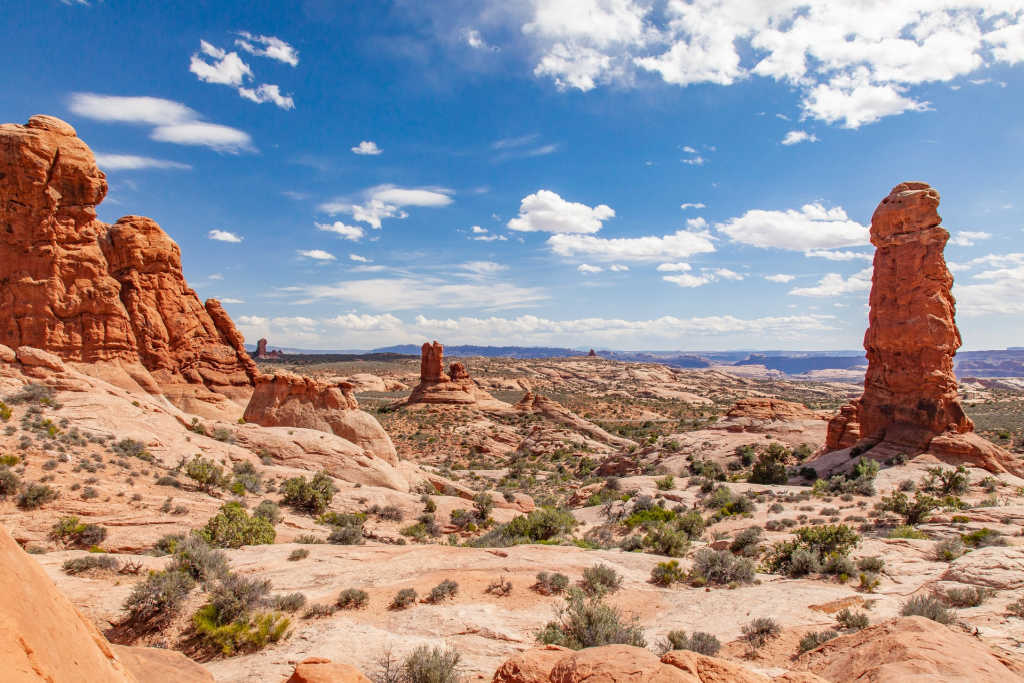 Utah is currently a defendant in four lawsuits challenging Biden’s COVID-19 immunization requirements. Others question whether firms with 100 or more workers, government contractors, and health care providers who interact with Medicare and Medicaid should be required to have vaccines. Additionally, Gov. Spencer Cox (R) signed a bill prohibiting vaccination mandates for corporations, institutions, and colleges.

Conservative constitutionalists often encourage individuals to avoid metropolitan cities. For example, Mayor Erin Mendenhall of Salt Lake Public has required that anybody aged 3 and up (including workers and guests) wear a mask when entering city buildings. When outside a municipal facility, city personnel working in the course of their job must also wear a mask. The injunction went into force on July 28 and will stay in effect until it is revoked.

On the plus side, Utah is one of the few states that does not require students to wear masks at school. Florida, Oklahoma, and Texas are among the others.

$465,012 is the average price of a home. Property Taxes on Average: $2,825 Rates of state and average local sales taxes: 7.19 percent The unemployment rate is 2.1 percent. 45 percent of people aren’t “vaccinated.” Yes, Constitutional Carry is legal.

Missouri, Tennessee, Oklahoma, Iowa, Georgia, and Arkansas are among the places we’re considering for our road trip and will most definitely include.

Who’s Paying For All Those Bazillions Of SimplyMiles?

Should I Cancel My Cruise? How to Decide