In 2022, airline passenger violence plummeted the most that it ever had in decades. Unfortunately, security concerns remain present and issues will continue to arise as long as airlines are still reliant on physical inspections of passengers. 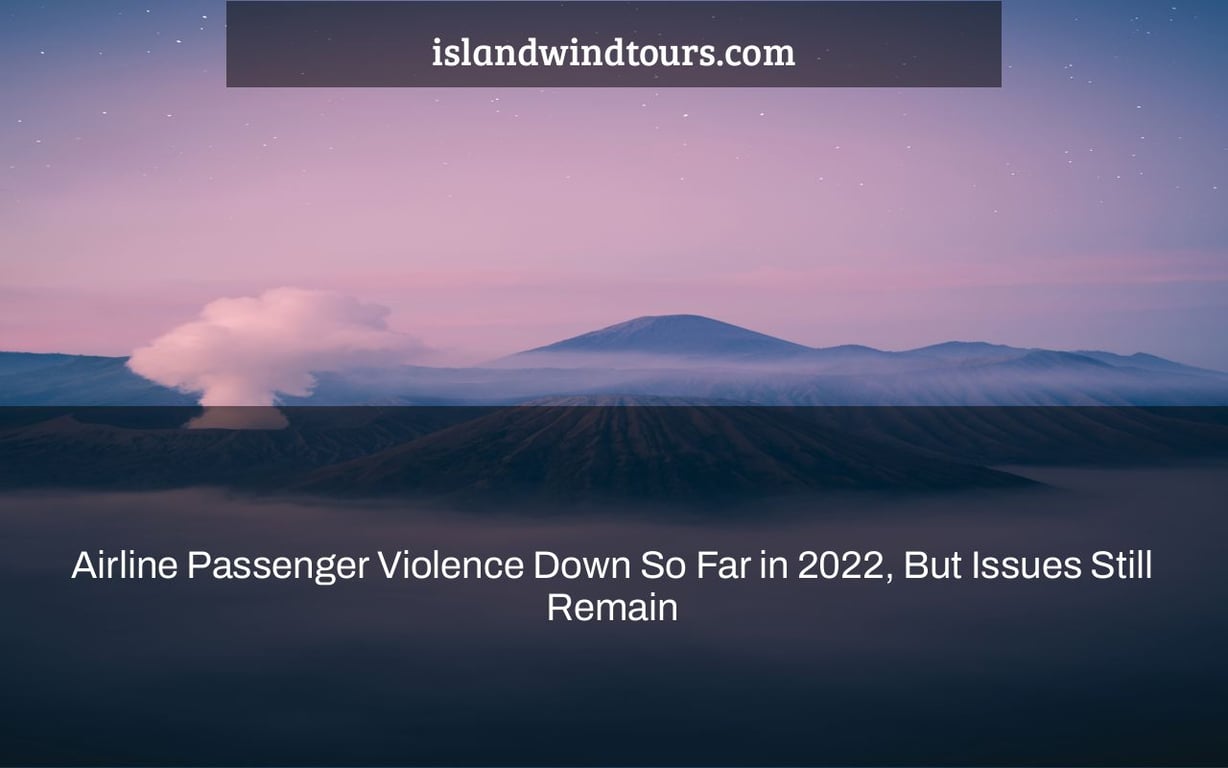 Despite a tiny sample size, the Federal Aviation Administration said on Friday that complaints of rowdy passengers on aircraft had decreased by 50% in the first two weeks of 2022 compared to the same period last year.

Prosecutors in New York had just uncovered another violent airport incident, this one from late last year, less than 24 hours before.

The FAA received over 6,000 complaints of flyers creating disruptions in 2021, the worst year on record for nasty passengers inflicting verbal and physical abuse – an average of roughly 16 instances each day.

The FAA has received 76 reports in the first 14 days of 2022, an average of little more than five each day. The sample size is modest, so take it with a grain of salt, but the industry is hopeful that this isn’t a sign of things to come in terms of passenger violence.

Last year, the FAA officially examined 1,081 occurrences, or approximately three per day, out of over 6,000 cases — most of which were driven by the federal mask rule in airports and on flights, and some by alcohol consumption.

So far this year, just one of the 76 recorded occurrences has required an official inquiry.

Although the government agency implemented a new regulation last year that allows for monetary sanctions for extremely obnoxious passengers, the violence has not abated. It didn’t in September of 2021, either.

Federal prosecutors in New York said three women had been charged for allegedly physically assaulted a Delta Air Lines security agent at John F. Kennedy International Airport a day before the FAA made its news about passenger violence being down so far this year.

Delta gate officials found the three ladies to be behaving “belligerently” and refused them boarding on a trip to Puerto Rico.

“As charged, the defendants savagely attacked an airline security officer by kicking and hitting him in the face and body while he was down,” stated Breon Peace, United States Attorney for the Eastern District of New York (EDNY). “Our air travel is out of control because of the severe and hostile conduct.”

The three ladies were granted bail of $25,000 apiece and will be tried at a later date. The court did, however, allow one of the ladies to travel to Florida later since she had a prepaid vacation booked for her birthday.

Delta stated in a statement: “Nothing is more important to us than the safety of our staff and passengers, and physical violence is not tolerated in our airports or on our aircraft. We will work with with law enforcement authorities to ensure that those responsible for this heinous behavior are brought accountable.”

The “unruly passengers on planes” is a problem that has been present for a while. Airline passenger violence has gone down so far in 2022, but issues still remain.