Carnival Cruise Line’s Radiance Shines On Her Special Night. Carnival is a cruise line with the largest fleet in the world, having over 30 ships and more than 25 different itineraries that span across North America, Europe and Asia. 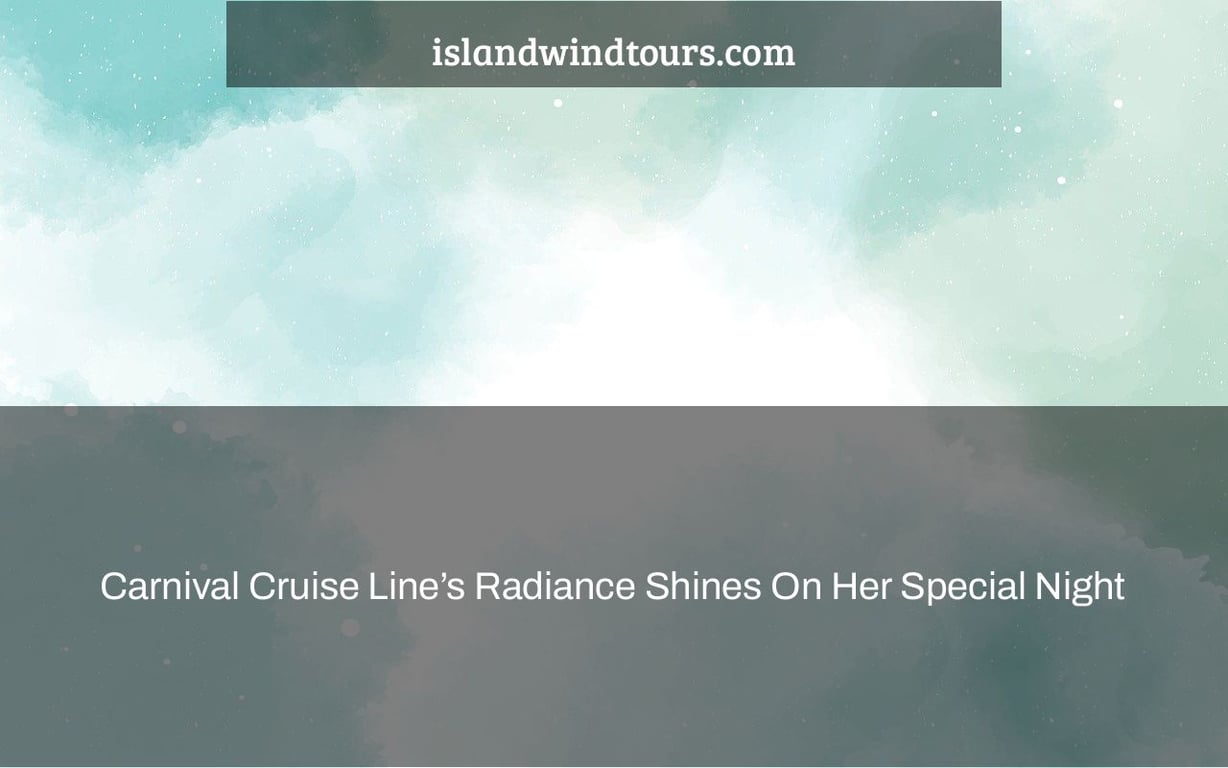 Carnival Cruise Line officially welcomed Carnival Radiance — previously the Carnival Victory — to the fleet with an unique naming ceremony in Long Beach, California, on Sunday evening. The celebrations included a familiar figure… and his mother, who also happens to be the ship’s new Godmother!

Shaquille O’Neal, Carnival’s CFO (Chief Fun Officer), was joined aboard the ship by his mother, Dr. Lucille O’Neal, for a family event. But she wasn’t just checking out her son’s Big Chicken’s second seafaring branch. Instead, she was present as Radiance’s godmother to assist with the naming ceremony. 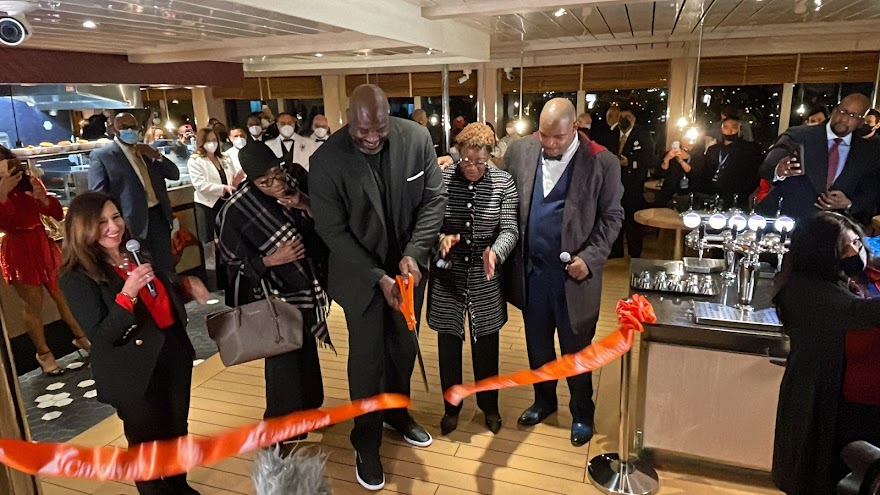 The ribbon cutting at Big Chicken was attended by Shaq’s mother, father, and sister, while Duffy stood by and provided a running commentary.

Radiance, the third Carnival Cruise Line ship to sail from the West Coast, will set sail on her four-night debut cruise on Monday morning, joining sisters Carnival Panorama and Miracle.

Dry Dock with the Longest Length

Carnival’s president, Christine Duffy, expressed her delight in “finally welcoming her to the west coast and to our fleet.” And it was clear why the executive stated “finally”: Before coming into the revolutionary dry dock, the ship last sailed (as Carnival Victory) in March of 2020. Unfortunately, a waiting game started as a result of the industry-wide slowdown and shipyard closures. 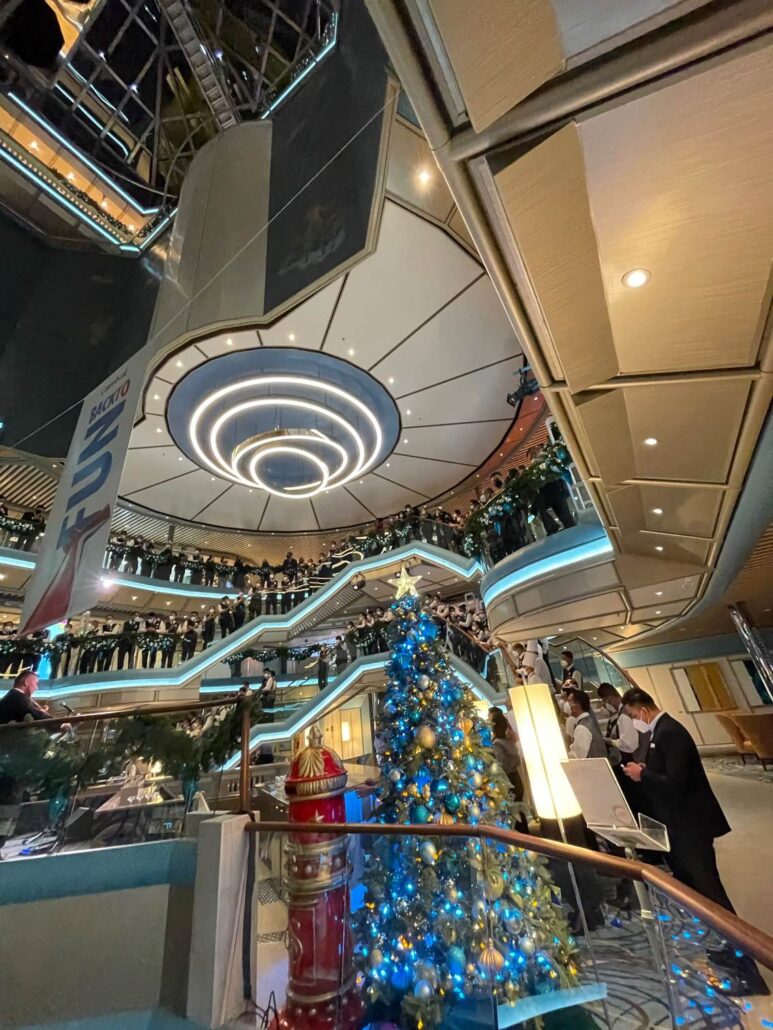 As passengers boarded the ship, they were met with a sight to behold: the staff lined the stairwells of the atrium, which had been decorated for the impending Christmas season.

By mid-summer 2020, allegations were spreading that Carnival had abandoned plans to modify Victory and instead sold the ship, along with many other older boats, in order to stay afloat amid the crisis. In the end, the projected 29-day dry dock would evolve into a 19-month procedure, making it the longest in Carnival Cruise Line history.

Some of the line’s most popular locations, such as Guy’s Pig & Anchor Smokehouse, the Heroes Tribute Bar, and the RedFrog Pub, were eventually included. Radiance was the latest Carnival ship to get the line’s stunning new livery, which was likely the most instantly noticeable modification.

Details about the Carnival Celebration may be found here.

“Having Shaq’s mother, Lucille, as the ship’s Godmother has made [this event] much more memorable,” added Duffy, who is an excellent speaker who volunteers her time and expertise to a variety of philanthropic causes.

To support Lucille’s charitable efforts, Duffy presented her with a $25,000 grant to the OdessaChambliss Quality of Life Fund, which celebrates Shaq’s grandmother’s nursing career. The fund’s goal is to assist students who want to pursue a profession in nursing or teaching.

Everybody’s in the Family

When the pouring of champagne over the ship’s bell, everyone’s favorite part of a naming ceremony, started, both O’Neals stepped center stage. The City of Refuge Sanctuary Choir of Gardena, California, then sang a rousing gospel version of “We Are Family” as participants waved light sticks in the air. 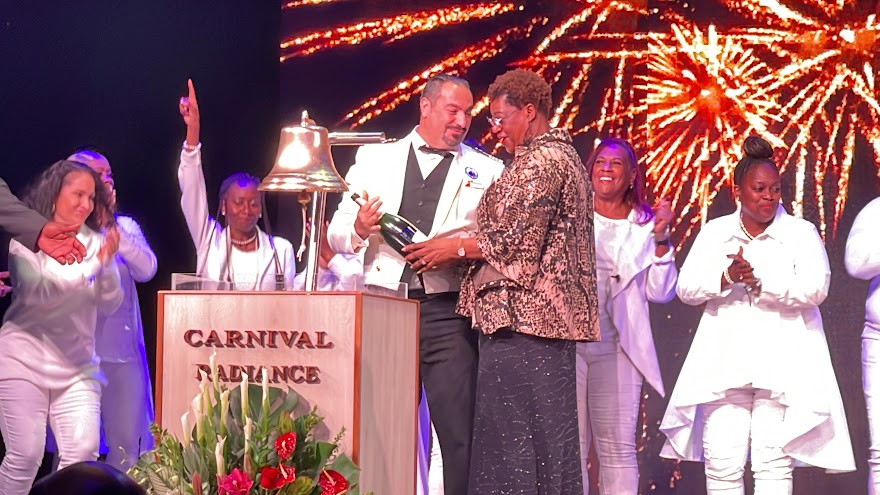 When the time came to finish the ceremonial naming ceremony, Radiance’s new godmother knew precisely what to do!

Lucille said, “What a lovely moment it was to enjoy the premiere of Carnival Radiance with my son at my side.” “It’s been such a joy to be a part of these exciting events, so I can only image how amazing it will be for visitors to cruise onboard this magnificent ship.” It’ll be a hit with them!”

Where is the Carnival Radiance now?

A: All of the carnival lights and rides were removed from Beat Saber, so it is only possible to play as a purple light.

Is Carnival Radiance being worked on?

A: Yes! We are working diligently on Carnival Radiance, but it is still in the early stages of development. I am sorry for any inconvenience this may cause you.

Has Carnival Radiance been refurbished?