Royal Caribbean announced its European summer schedule for 2023, which includes seven new destinations. The line-up will also feature a range of more than 500 sailings aboard the company’s fleet of iconic cruise ships

The “January 2023 cruises” is a new cruise line that will be coming to Europe. The company announced the line-up in December of 2018, and it includes destinations such as Barcelona and Madrid. Read more in detail here: january 2023 cruises. 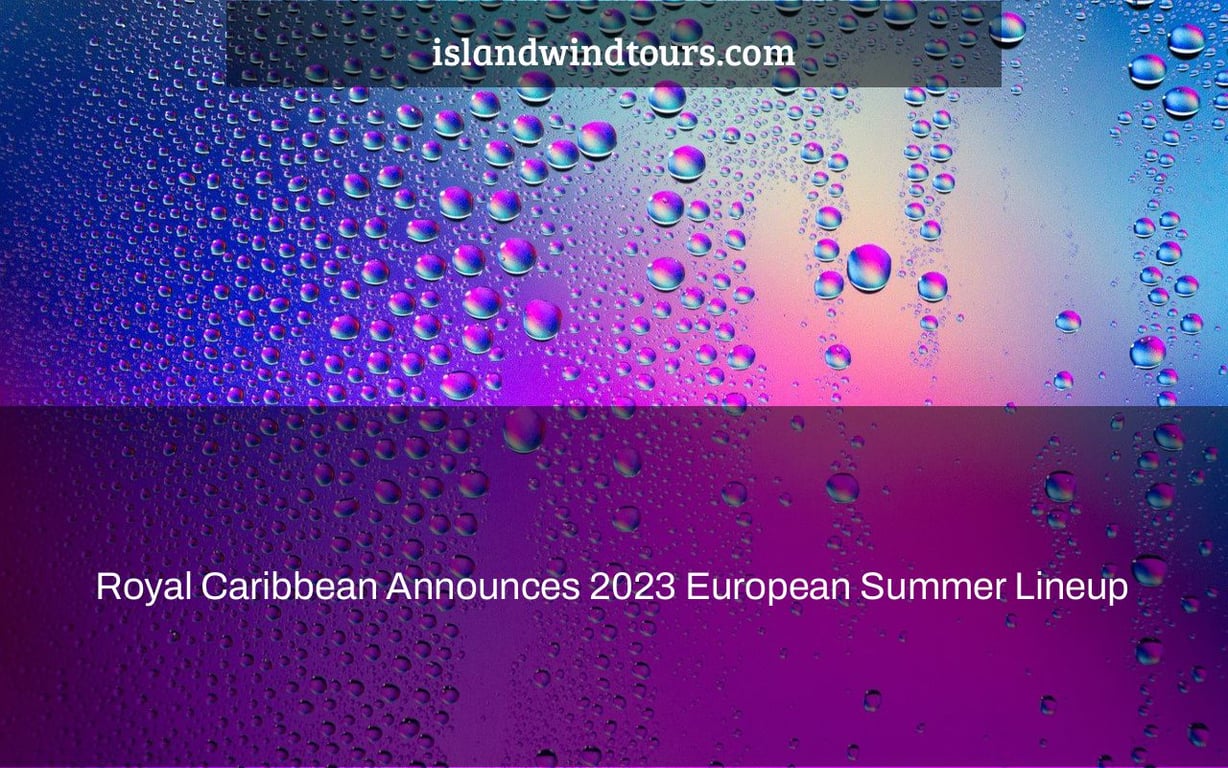 Royal Caribbean International has announced its summer roster for 2023 in Europe, which will include nine ships sailing to iconic sites in more than 25 countries.

The 35 new summer 2023 Europe itineraries from the cruise company are now available.

Odyssey of the Seas will sail from Rome in summer 2023, while Anthem of the Seas will be based in Southampton, England. Both ships will provide a unique blend of trademark features and exceptional experiences for the whole family.

Symphony of the Seas will set sail from Rome and Barcelona, offering thrills in seven separate districts only accessible on the cruise line’s ships, including the world’s highest slide—the Ultimate Abyss—Broadway-caliber musicals, and more than 20 restaurants, bars, and lounges.

The Serenade of the Seas departs from Barcelona.

Serenade will sail 8-night excursions to the Western Mediterranean, 12-night cruises to the Greek Isles, and 5-night itineraries to Italy and France from the balmy coasts of Barcelona. Ibiza, Spain, is known for its beaches and electronic music culture, while the Cote d’Azur provides a luxury retreat in Cannes, France.

The Explorer of the Seas sails from Venetian (Ravenna), Italy.

Explorer, which is new to Ravenna, Italy, will explore the Aegean Sea and, among other things, visit Olympia, Greece – the birthplace of the Olympic Games – for the first time. The seven-night cruises will take passengers to the Greek Islands and beyond, including Adriatic and Mediterranean jewels like Kotor, Montenegro, and Chania, Crete.

Brilliance will give visitors a choice of four historic European locations to begin and end their excursions in the Western Mediterranean, Greek Isles, and Adriatic Sea, sailing open-jaw itineraries from Italy, Greece, and Spain. The seven-night cruises will depart from Rome and go to Athens, Greece, Venice, Barcelona, and Rome. The Diocletian’s Palace in Split, Croatia, St. Mark’s Basilica in Venice, and the Praetorian Palace in Koper, Slovenia — a new destination for Brilliance – are just a few of the must-see attractions waiting for visitors.

Rhapsody of the Seas is a cruise ship that departs from Haifa, Israel, and Limassol, Cyprus.

The Royal Caribbean ship Rhapsody will be the first to travel from Limassol to Haifa, Israel, in the same season. The new summer itinerary includes 7-night sailings to ports in Turkey, Israel, and Greece, including first-time for the cruise line locations like Skiathos and Thessaloniki, Greece. Starting in September, the ship will depart from Haifa on short 4- and 5-night excursions to Cyprus and the Greek Islands.

The Voyager of the Seas sails from Copenhagen, Denmark and Stockholm, Sweden.

Voyager will cruise from Copenhagen, Denmark, and Stockholm, Sweden, offering a variety of 7- to 11-night itineraries across Scandinavia, Estonia, and Russia. The Church of the Savior on Spilled Blood in St. Petersburg, Russia, and the Suomenlinna fortress in Helsinki, Finland, a UNESCO World Heritage Site and one of the country’s most iconic attractions, will be among the sights to see. Guests who want a longer holiday may choose a 14-night cruise from San Juan, Puerto Rico, to Copenhagen, which includes an overnight stay in Bermuda and excursions to St. Thomas, France, and Belgium.

The Jewel of the Seas sails from Amsterdam, Netherlands.

Throughout the summer, Jewel will sail roundtrip from Amsterdam, Netherlands, to the Arctic Circle, the British Isles, Iceland, and Ireland, welcome passengers on 12-night cruises. Beautiful sites such as Reykjavik’s Blue Lagoon and England’s White Cliffs of Dover will be only a night’s rest away.

Royal Caribbean has announced its 2023 European summer lineup. The company is adding a number of new ships, including the “Oasis of the Seas” and the “Allure of the Seas”. Reference: cruise line news.