Southwest Airlines has officially announced their new fare type, Wanna Get Away Plus. This is a buy-on board program that gives customers the opportunity to book an award ticket at no extra cost if they have enough miles and points in one of Southwest’s partner frequent flyer programs (some restrictions apply).

The “wanna get away plus southwest airlines” is a new fare type that allows passengers to fly and stay at a hotel in one city. This can be useful for people who want to visit multiple cities but don’t want to spend the money on two separate tickets. 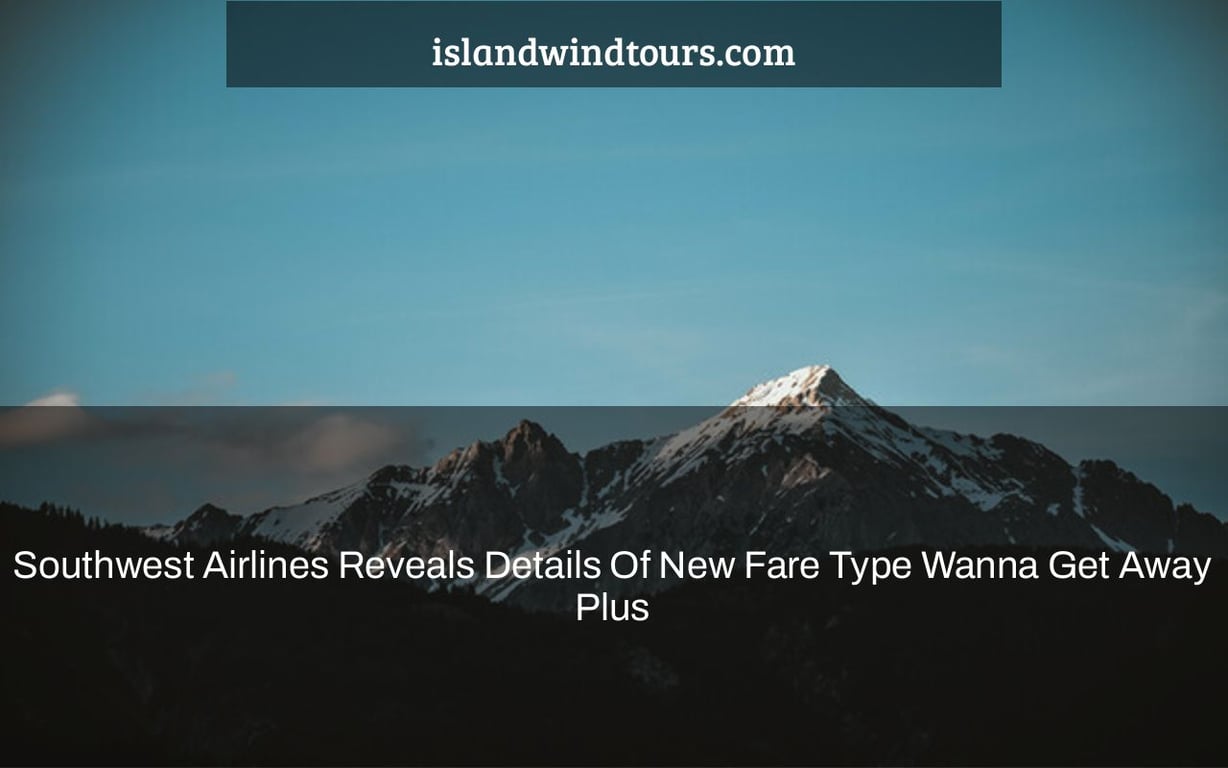 Basic Economy is not available on Southwest Airlines. All of their rates are refundable with full credit toward a new ticket, and there are no fees for two checked baggage. Even as they introduced a new, more costly price category, they vowed not to take anything away from the cheapest rates. That is precisely what they have done.

In addition, Southwest will create a new fare type dubbed “Wanna Get Away Plus” that will run between Wanna Get Away and Anytime. Here’s what it adds to the mix:

Obviously, whether it’s worth ‘upgrading’ to Wanna Get Away Plus rates at the time of booking will depend on the extra cost on a specific route, but presuming it’s more than de minimis, I don’t see myself doing it. Southwest, on the other hand, views it as a revenue-boosting strategy.

And, since they want customers to keep going up the pricing ladder, they’ve added priority check-in, transferable credits (but who cares, these tickets are refundable), and EarlyBird boarding to the Wanna Get Away Plus rate. Customers who purchase Anytime tickets will be able to board before those who only purchase EarlyBird boarding.

What’s fascinating about this is that once it’s ready, consumers who purchase the lowest Wanna Get Away airfare will be able to upgrade to Wanna Get Away Plus for a fee, which might make sense:

These new fare qualities are scheduled to be accessible by the second quarter’s conclusion (i.e. June).